Abnormal movements in pediatric patients can be challenging to characterize, and it can be difficult to determine when one should be concerned. Babies and children do lots of funny things, but knowing when to move forward with a diagnostic workup of abnormal movement can be confusing. There are many different types of hyperkinetic movements including dystonia, myoclonus, chorea, tremors and tics. Many times movement disorders are complex and include more than one type of movement. There are a fair amount of movements that are benign and will resolve as a child grows. Others may persist and be associated with additional neurologic symptoms needing further evaluation.

Recognizing clues that suggest further workup is needed – starts with taking a good history, which includes a thorough family history and physical examination. If the movements seem to be worsening or progressive with time, this could be cause for concern. Most movements usually improve or resolve with sleep and can be exacerbated with changes in emotional states. Many can have overlapping psychiatric symptoms. Determining when to treat hyperkinetic movements depends on how much it is affecting an individual's daily functions. Below, we discuss some of the most common abnormal movements of childhood and when/how to evaluate them further.

Of the many types of abnormal movements, dystonia and chorea seem to be the most difficult for providers to recognize. Dystonia is characterized by sustained or intermittent muscle contractions causing abnormal, often repetitive, movements, postures, or both.1 Dystonic movements are typically patterned, twisting, and may be tremulous. Dystonia can be worsened by voluntary movements or actions and can have associated overflow movements. Because dystonia can have associated overflow movements, it can be thought of as a consistently, inconsistent movement disorder.

Dystonia is the third most common movement disorder with cerebral palsy the most common cause of dystonia in childhood. Many times dystonia and spasticity are confused with each other. Spasticity is velocity dependent resistance whereas dystonia is sustained or intermittent muscle contractions. Dystonia and spasticity are often seen together in people with cerebral palsy and it is rarer to see them in isolation.

Dystonia can be broken down into two axes. The first axis is clinical characteristics and includes age of onset, distribution, temporal pattern, co-existence of other movement disorders and other neurological manifestations. The second axis is etiology which can be congenital, acquired or idiopathic. Being able to identify particular key factors in axis, I may help a provider come to an etiology more quickly so that assistance with treatment options and prognosis may occur.

Most of the time, the first evaluation necessary when dystonia is identified, is to obtain neuro-imaging such as an MRI brain along with referral to neurology. There can be two subsequent pathways based on imaging results. If the imaging is normal, it is likely to be a genetically related dystonia syndrome. If the imaging is abnormal then it could be acquired, such as a perinatal stroke of the basal ganglia, or a genetic disorder such as neurodegeneration with brain iron accumulation (NBIAs). Depending on the presence of additional neurologic symptoms or a family history, this may give you a hint as to the type of genetic dystonia. Treatment will vary. If imaging is normal, a levodopa trial is often recommended. Certain genetic dystonia syndromes that are more generalized may respond to oral medications and others may benefit from surgical approaches such as deep brain stimulation (DBS) once age appropriate. If there is a focal dystonia then chemodenervation with botulinum toxin may be the best targeted approach.

Chorea is an ongoing, random appearing sequence of one of more discrete involuntary movements or movement fragments.2 Chorea is distinguished from dystonia by the random, unpredictable and continuous movements, whereas the movements and postures of dystonia are often more predictable and stereotyped. These movements can have a component of jerkiness and quickness but not all of the movements appear this way. People that exhibit chorea are often described as being restless or fidgety. Many times chorea is described to appear as if you were to extend your arms out straight in front of you and your fingers are playing an imaginary piano. Chorea is often associated with motor impersistence, which results in physical examination findings that can include the milkmaid's grip, touchdown sign, or darting tongue.

The most common cause of acute onset chorea in the pediatric population is Sydenham's chorea which is related to an untreated streptococcal infection. Obtaining anti-streptolysin titers and anti-DNase B levels can be helpful. If this is suspected, workup should also involve consultation with Cardiology and Infectious Disease, in addition to Neurology. Other causes of chorea can include both genetic and acquired forms. Non-progressive chorea can be associated with benign hereditary chorea. There are some paroxysmal movement disorders, such as paroxysmal kinesiogenic dyskinesias (PKD), and paroxysmal non-kinesiogenic dyskinesias (PNKD), that can have choreiform movements. Progressive forms of chorea which are associated with other neurologic symptoms and movements can be associated with Huntington's disease and Wilson's disease. Many times anti-seizure or anti-psychotic medications have been found to be helpful in the management of chorea. For more severe chorea, medications such as tetrabenazine and similar versions of this drug have been effective but sometimes can be cost prohibitive.

Myoclonus is described as a sequence of repeated, often non-rhythmic, brief, shock-like jerks due to sudden involuntary contraction or relaxation of one or more muscles.2 Myoclonus can be synchronous or asynchronous and can be generalized or multi-focal in location. If myoclonus occurs as a result of muscle contractions then it is termed positive myoclonus and if it is brief muscle relaxation, it is negative myoclonus. Myoclonus does not result in a sustained posture.

Myoclonus in the infantile population can be secondary to benign sleep myoclonus. If it only occurs during sleep and not during wakeful periods then it is more likely to be benign. If the myoclonic movements occur during the day, then capturing these movements to determine if they are epileptic becomes important. Myoclonic seizures and infantile spasms can resemble one another. Infantile spasms usually occur in clusters and occur with transitions of sleep but can occur during wakefulness as well. Epileptic and non-epileptic myoclonus can also look essentially the same so capturing this on electroencephalogram (EEG) may be necessary. If there are any signs of developmental regression, this raises concern that the movements may not be benign. Many of the medications used to treat myoclonus, whether epileptic or non-epileptic, are anti-seizure medications. The dose needed for effective treatment depends on if the myoclonus is epileptic or not with lower doses usually effective for non-epileptic myoclonus.

A tremor is an involuntary, rhythmic oscillatory movement of a body part.3 A tremor is predictable in appearance and pattern. The movement in both directions are felt to have symmetric appearing velocity. Tremors can be described based on amplitude and frequency of the rhythmic movement. Tremors more recently have been classified into two axes similar to the dystonia classification. Axis I is based on the clinical features which include age of onset, family history, temporal evolution, exposure to drugs/toxins, body distribution, activation condition and frequency.3 Axis II includes the etiology. A tremor can be described as a rest tremor or action tremor. Rest tremors resolve with movement and are not common in the pediatric population. These are most commonly associated with Parkinson's disease. An action tremor occurs while maintaining a position against gravity, also known as a postural tremor, or while performing a particular voluntary movement, known as a kinetic tremor. Kinetic tremors appear the same throughout the movement whereas an intention tremor becomes more pronounced as it nears a target. Triggers for worsening of tremors can include caffeine, stress, anxiety and muscle fatigue.

Tremors are more common in the adult population compared to pediatrics. Common causes of tremors in the pediatric population include metabolic causes such as hyperthyroidism or electrolyte disturbances, essential tremors in the adolescent population, medication induced, physiologic tremor, functional/psychogenic tremor or degenerative causes. If a tremor is present with no other associated neurologic findings then obtaining labs including thyroid function studies and electrolytes can be an important start in the workup. Tremors that do not affect daily functioning often do not need to be treated with medication and can be monitored for worsening.

Tics are described as repeated, individually recognizable movements, or movement fragments that are almost always briefly suppressible and associated with a premonitory urge if the child is old enough to be aware of this.2 Tics can be motor or vocal in nature. Many times the tics are distractible. The frequency of tics waxes and wanes with time depending on associated triggers. The type of motor movement or vocal tic they exhibit can change with time. Tics are the most common movement disorder among children. Tics can start as early as the age of 4 years and tics may disappear in up to 90% of children by the age of 18 years. Triggers include fatigue, changes of emotion and stress. Tourette's syndrome is when a person has developed both motor and vocal tics, which do not have to be present at the same time. The tics have been present for at least a year, started prior to the age of 18 years, and are not secondary to medications or other causes. Common co-morbidities found are attention-deficit/hyperactivity disorder (ADHD), anxiety and obsessive-compulsive disorder (OCD).

Treatment of tics usually is based on the impact to the child. For example, bullying by peers, physical pain from tics, or interfering with the ability to carry out daily activities. You must consider associated co-morbidities and whether particular triggers are leading to exacerbation of tics. For example, if a child has underlying anxiety which is not being addressed and it is aggravating tics, treating the tics alone will not likely lead to an improvement if the anxiety is not addressed. Treatment options such as cognitive behavioral therapy may be a better option than medication for some people. Most of the time, medication does not completely resolve the tics but can lessen them to a more manageable level. 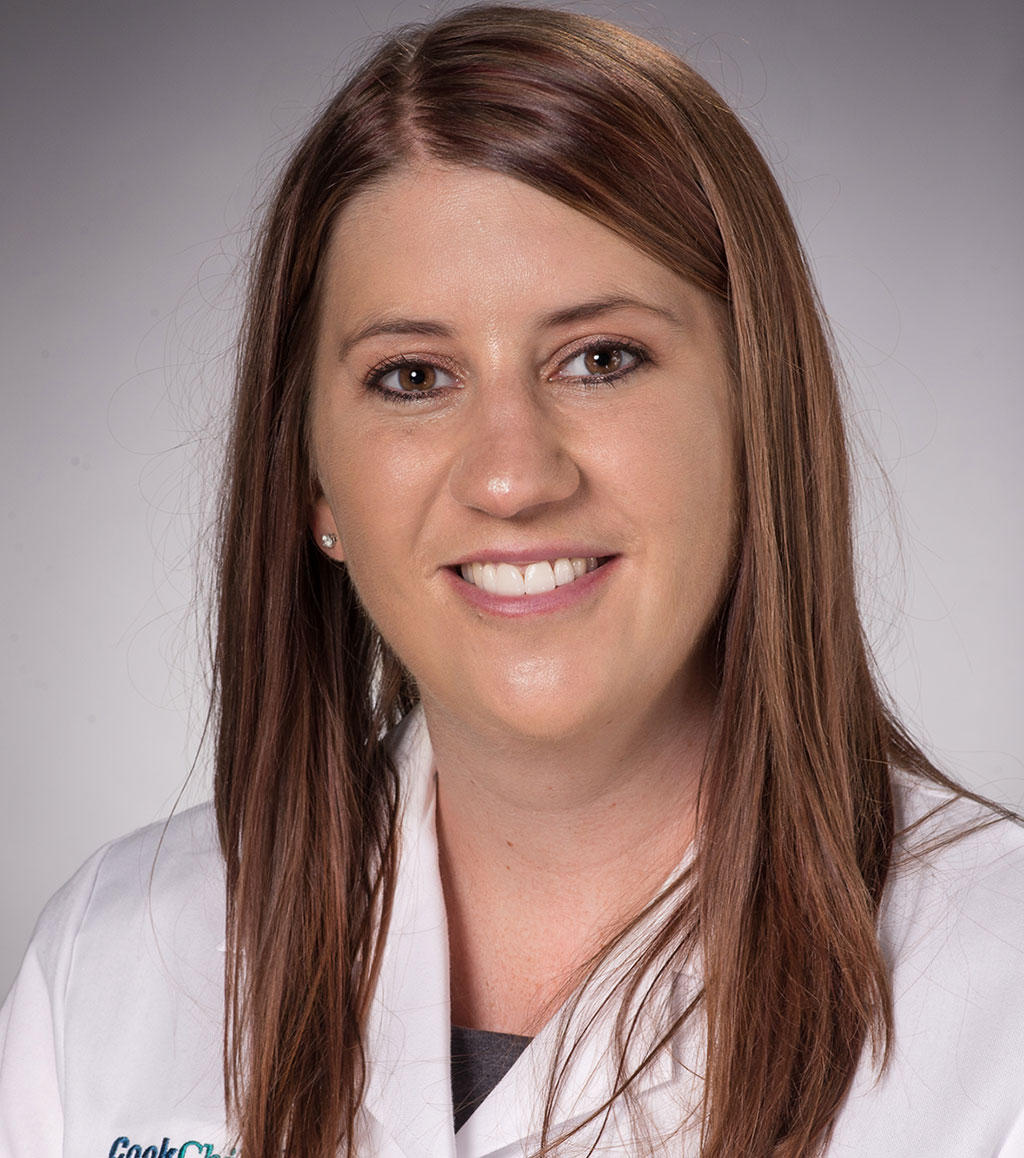 3. Kailash Bhatia et al. Consensus statement on the classification of tremors. From the Task Force on Tremor of the International Parkinson and Movement Disorder Society. Movement Disorders. 2018; 33(1): 75-87.

To refer a patient for evaluation in the Cook Children's General Neurology, Neuromuscular, or Spasticity Clinics, please call 682-885-2500.